The last Farm Bill, which is reauthorized every five years, expired on September 30, 2018. With prospects for a short-term extension of the 2014 Farm Bill gone and Congress unlikely to return to Washington, D.C. before the November elections, the focus of advocates must now shift to trying to help pass a good, bipartisan 2018 Farm Bill later this year. 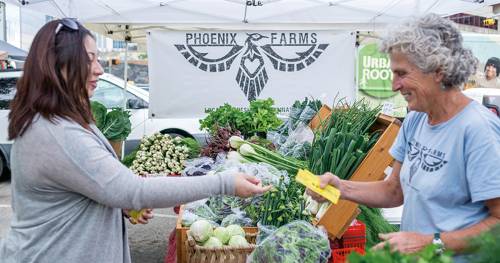 Take the case of a farmers’ market in Austin, Texas, where the nonprofit Sustainable Food Center (SFC) runs the successful Double Dollar program. This allows food insecure people to use their Farm Bill-funded benefits – Supplemental Nutrition Assistance Program (SNAP), the Special Supplemental Nutrition Program for Women, Infants, and Children (WIC), and the Farmers Market Nutrition Program (WIC FMNP) – to double the produce they can buy. The farmers market support programs and many other Farm Bill programs get put on hold until Congress passes a Farm Bill.

Joy Casnovsky, deputy director of SFC, says, “I see that affecting all of Texas. It may not be our organization going after the grant next time—it may be another city or another town going after it—but that affects our food system and infrastructure. We are one big network, and we’re starting to understand how our efforts can really lift all boats.”

These doubling programs have spread across the country and help food insecure families and pregnant mothers get more healthy food, and they support nearby family farmers.

The lapsed Farm Bill impacts other areas as well. As of October 1st, there have been no new US Department of Agriculture (USDA) grants to support farmer-to-eater community food projects, rural micro-enterprise development, and beginning and farmers of color. Nor has the USDA been accepting conservation program applications, making environmental land use planning difficult or impossible. 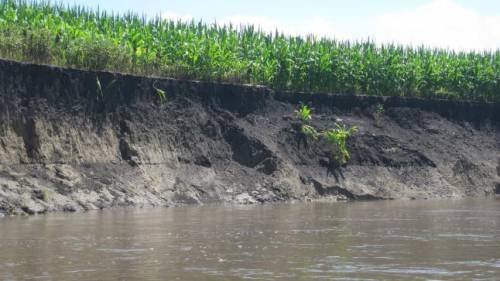 Without ample buffers, rains erode farmland in the midwest and excess nitrogen fertilizers make their way to streams, then the Mississippi River, and into the Gulf of Mexico, where huge blooms of algae suck up oxygen and cause enormous dead zones

This will directly impact farmers and ranchers at the worst possible time. In real terms, it would mean that, for the duration of the farm bill expiration, there would be:

Producers count on planning for conservation program sign-ups in the fall and early winter during what is for many the ‘slower’ part of the growing season. With no extension and no farm bill for now, but with a new farm bill or a farm bill extension by year’s end, sign-ups could be delayed until later into 2019. [Thanks to our partner National Sustainable Ag Coalition for this section’s analysis; find more details here] 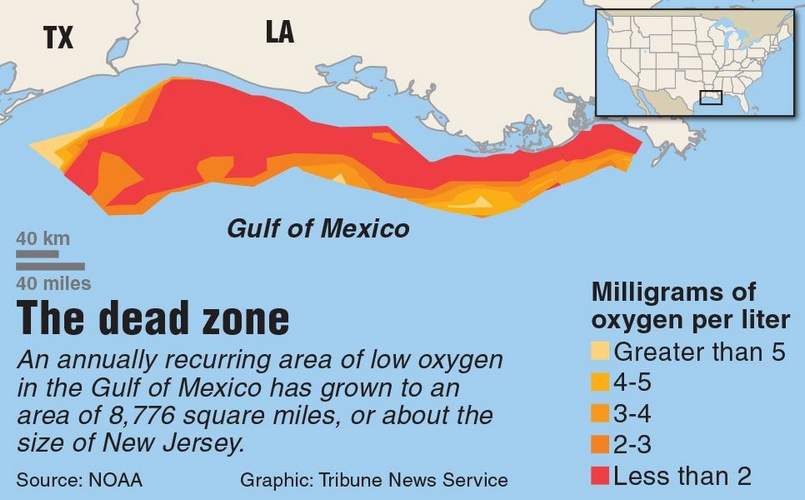 Last year’s dead zone in the Gulf of Mexico was the largest ever measured. (NOAA)

Buried deep within the 641 pages of the proposed 2018 Farm Bill is an amendment that food sovereignty supporters fear is an attack on local control of food.

Introduced by Rep. Steve King, R-Iowa, HR. 4879, the amendment known as the Protect Interstate Commerce Act of 2018, adds language to the House version of the Farm Bill that would prevent states and local jurisdictions from interfering with the production and distribution of agricultural products in interstate or foreign commerce and for other purposes.

If included in the Farm Bill, this attack on local jurisdictions and states’ rights could nullify the many Food Sovereignty Ordinances passed in Maine, state or local laws to prevent cruel livestock practices, as well as state or local laws to label GMO food.  Our partner, the National Family Farm Coalition, is calling for people of faith and everyone who cares about family farmers and a safer, kinder, and sustainable food and farm system to reject Representative King’s amendment.

How We Got Here

Passage of the Farm Bill has been challenging due to highly divergent House- and Senate-passed bills. SNAP rules are one area of disagreement. SNAP is a very successful antipoverty program, which lifted 1.5 million children out of poverty in 2016 (according to the 2017 U.S. Census Bureau Survey), and two-thirds of SNAP funding goes directly to children and families. Nevertheless, the House Farm Bill calls for sharp cuts, restricted eligibility, and harsher work requirements to SNAP and more than $20 billion in benefit cuts over 10 years.  The bipartisan Senate bill maintains SNAP funding and reduces barriers to enrollment.

1)  Be prepared to raise your voice for a faithful farm bill by downloading the Eater’s Guide to the Farm Bill below and subscribe to the Hunger Program’s Food & Faith Blog for Farm Bill updates.

2)  Look for an Action Alert from the PC(USA) Office of Public Witness soon. Subscribe to OPW alerts here.

EXCERPT:  As disciples of a loving God, we are called upon – each of us – to urge Congress to take the opportunity presented by the reauthorization of the Farm Bill to reduce hunger and poverty in the U.S. and around the world and encourage sustainable stewardship of soil, land, water, and air. To this end, the Presbyterian Church (U.S.A.) supports the following principles and this platform to reform the Farm Bill:

Thanks to Sarah Reinhart of Union of Concerned Scientists for her article on Farm Bill impacts!