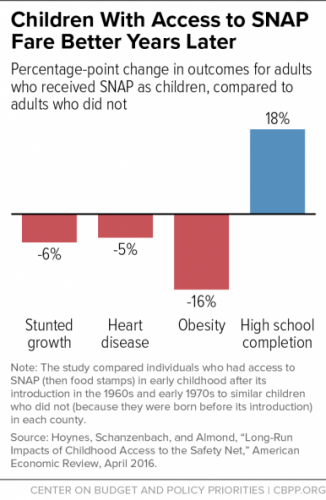 The Senate is expected to vote on a regressive tax bill next week, and your voice advocating for a moral and compassionate budget is critical!

For Presbyterians, the message is biblical and simple. Urge your Senators to say “no” on the Tax Cuts and Jobs Act, because it will make hunger and poverty worse and will further deepen income inequality.

Go to www.govtrack.us, put in your address, and you’ll get your Senators’ phone numbers.

The Senate bill has less detail than the House bill that was just approved, but cuts to social services are a central part of the cost savings, while the wealthiest Americans and corporations receive substantial tax cuts at the same time that the country’s deficit is increased by approximately $1.5 trillion over ten years.

If the House bill were to be implemented, here is how low- and moderate-income families would fare —

The proposal increases the Child Tax Credit by $600 per child and raises the cap at which families can claim the credit. Thus, households earning between $150,000 and $300,000 can now claim the credit. However, low-income households get absolutely no benefit. The CTC is partially refundable, allowing working families that don’t earn enough to owe income tax to receive a partial benefit. Because this proposal does not expand the refundability of the credit, 10 million kids in low-income working families get no benefit from this proposal. Another 13 million kids get only a very modest benefit increase.

The bill also cuts and eliminates critical tax benefits for these families. It:

Impact on Hunger and Poverty

The impact on hunger and poverty in the United States would be enormous. The House bill cuts $150 billion from SNAP (food stamp) benefits over 10 years, which will not only hurt families dealing with a recent layoff or an emergency, but it will significantly impact the health of our economy.

SNAP stimulates the economy and creates jobs. The Center for American Progress found that every $1 billion cut in SNAP would result in approximately 11,437 jobs lost. A USDA study demonstrates the converse of this;  every $1 spent on SNAP had a multiplier effect of $1.84.

Millions of children rely on SNAP and it has a proven track record of bringing families out of poverty. Half of American children live in a household that will turn to SNAP sometime during their childhood.

In comparison, the repeal of the tax on estates worth more than $5.5 million will cost the country an estimated $269 billion over a decade. This figure is nearly double the proposed savings from the cuts to SNAP.

Visit www.govtrack.us, put in your address, and ask your Senators to reject the bill.