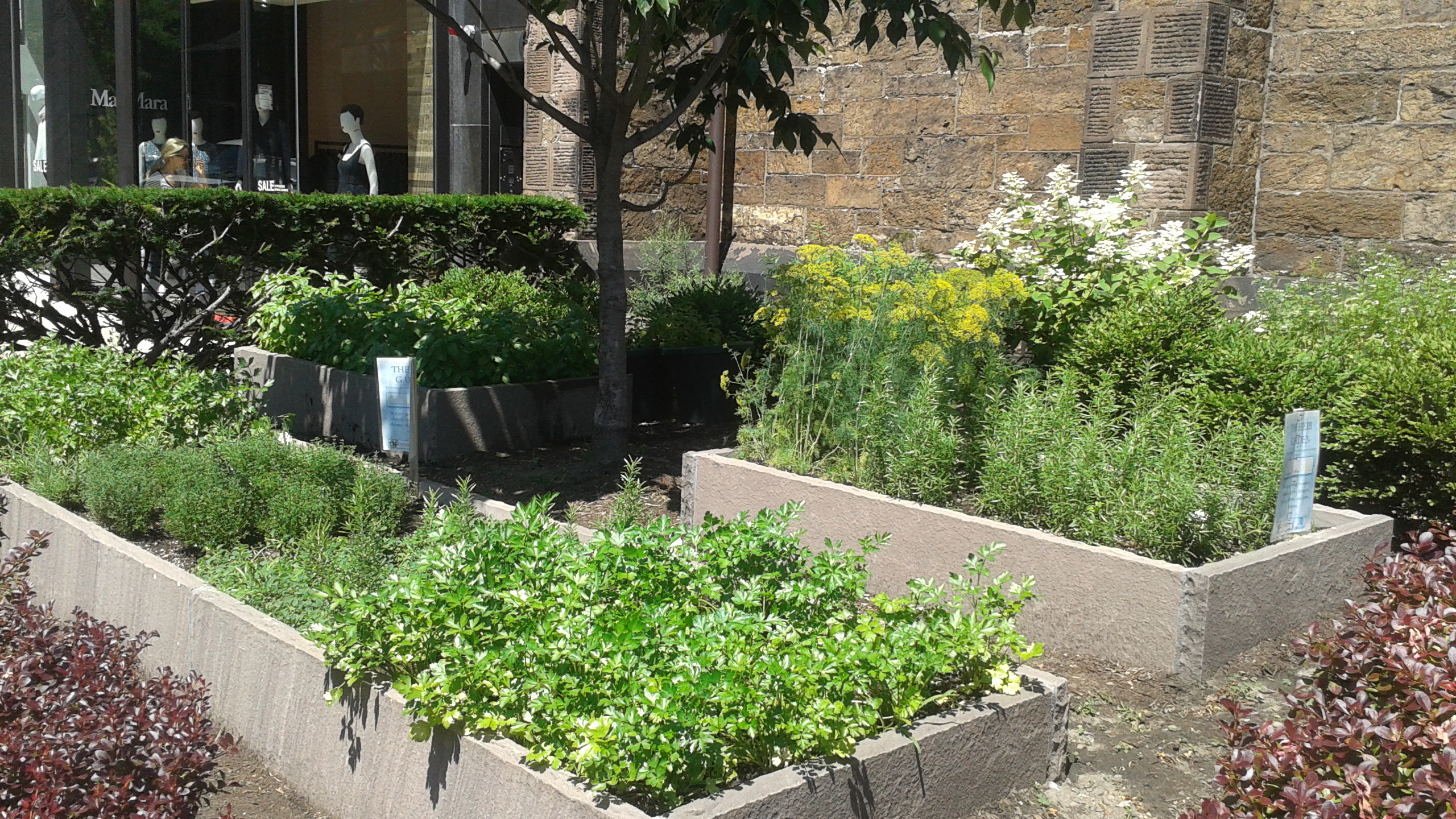 So early last fall at about the same time that I showed up around 67 Newbury to work at a church and a women’s daytime shelter, an herb garden showed up too. The idea had been kicked around these parts for a while, and finally a go-getter of a volunteer made it happen. She donates flowers to the shelter weekly, and finally decided it was time that we grew things too.

This garden has become one of my great projects. I water and weed it, harvest from it, talk to strangers on the street about the best growing practices for basil, and hand out sprigs of thyme to passersby.

Now herbs are easy, they grow like weeds, and don’t require too much special attention. But I have never grown a thing in my life, and so I have grown quite attached to the health and success of these little herbs. This is the second round of plants for this garden, one in the fall and one in the spring, and this time I have yet to kill anything.

I have learned a thing or two about spacing, over planting, and now know everything not to do with cilantro. I have discovered that basil is a bit of a diva for a delicious plant, chives are un-killable, and mint grows everywhere.

Like I said, herbs are easy, and I know growing them is not earth shattering. It’s simple.

And that is how I have come to view my job working in food justice. Everyday, I do something, but nothing revolutionary, to make just the tiniest of differences.

Hunger is big work, and I am tossing in my tiny effort.