“You can be an ambulance driver at the bottom of the hill or you can build a fence at the top.” 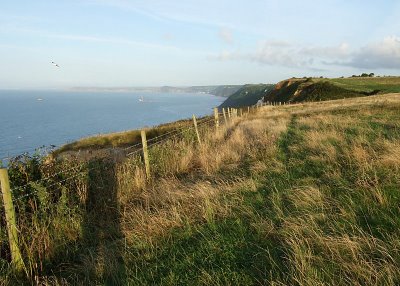 Christians are good (although not as good as we could be) at the idea of charity which involves taking care of the people who have been thrown off the proverbial mountain—the poor, hungry, and homeless. We do this through emergency assistance such as food pantries, shelters, free meals, etc. We are not so great at asking why are these people poor and underprivileged and then doing something about it—either by building a fence at the top of the hill or by changing the system that only allows a few people at the top, if you’ll allow me to extend the metaphor.

The work of Bread for the World and other political advocates— something I am beginning to learn though my year as a Young Adult Volunteer in Boston— is asking why are people hungry in a country that wastes food, and going from there. The overwhelming majority of food assistance in the United States comes from the government and only a fraction comes from private programs like food banks and feeding ministries. So it makes sense that the faith community, dedicated to ending hunger and poverty, should be present and use its voice in the political process involving these issues. Not that direct service programs are not important—they are vital programs that save people’s lives on a daily basis– but they cannot “cure” chronic hunger.

My work here in Boston is in the tension between direct assistance programs in Cambridge and being involved with the political process to change a broken and unfair system—and learning how they are inextricably intertwined.

I spend most days on the computer reading articles and doing research about the farm bill, cuts in SNAP, the sequestration, local programs in Cambridge, and meeting with people in the local area. There is only so much computer screen time I can take, only so many numbers and charts and maps I can look at before they start to lose their meaning. I balance this time with volunteering at local food ministries in Cambridge and putting a face and a story to the statistics of “the hungry” and “the poor” that get thrown around in conversation. I can only talk about food justice and feeding the hungry for so long until I have to physically do something about it and get my hands dirty, whether that’s through gleaning at a local farm, doing dishes after a free community meal, or handing out produce at a food pantry with a smile.

But after weeks of helping to give out groceries at a food pantry and preparing meals for the homeless in Cambridge it can be discouraging work—I’ve only been around a few months and I’m already recognizing the same people each week at different programs all over Cambridge. I know how hard volunteers work and how much money, effort, passion, and creativity it takes to run a food pantry or prepare meals on a weekly, or even daily, basis. What we’re doing is a good and necessary thing, but sometimes you start ask yourself if you’re really making a difference if most of the same people will be hungry tomorrow, and the day after that, and the week after that… And that’s where I come back to the political advocacy that focuses on systemic change.

I guess I want to be an ambulance driver and a fence builder. Personally I found that I need to do both to truly understand what it means to “Do justice, love kindness, and walk humbly with God” to end hunger.