The PC(USA) Delegation to COP27 split attendance between the two weeks of the event.  This weekend marked the midway point of the conference.

During the first week Sharm el-Sheikh proved a challenging and confounding venue for the COP27 climate talks, with traffic jams and water shortages being among the major complaints. As the week has gone on, progress has been made on that front much to the relief of attendees.

Loss and damage, which refers to the payments from the wealthiest countries to those developing nations that bear the brunt of heatwaves, drought, floods and other impacts, has been put on the agenda for the first time, in a win for developing countries. We hear from activists though frustration at the slow pace of forward momentum by the worst polluters. These delays will have a critical impact on the progress of climate action.

As the second wave of PC(USA) delegates attended an ACT Alliance members briefing on Sunday it was disappointing but not surprising to hear from all of the thematic leads tracking discussions that the USA has been one of the major blockers of progress.

The PC(USA) joins ACT Alliance in their position that governments must agree to forward-thinking climate solutions that do not increase existing social or economic injustices. They must reach out to marginalized groups including youth, migrants, women and girls and Indigenous peoples. Indigenous people, and migrants have historically generated a low carbon footprint. Their contribution to the climate crisis is negligible, yet they are among those most affected.  (See a complete list of ACT Alliance position and messaging at COP27 here.)

COP27 must ensure climate finance reaches grassroots communities suffering from the climate crisis. And while the first week saw lots of inspiring speeches from world leaders, their actions by way of pledges of new money for loss and damage will be more important.

At last year’s COP26, nearly 200 countries reaffirmed the commitment to a goal first set out in the Paris Agreement of 2015 to limit global warming to 1.5C compared to pre-industrial levels. But a new report, the Global Carbon Project, suggests emissions of carbon dioxide are rising so quickly there is now a 50% chance the world will cross that crucial threshold soon.

In his address to COP27 on Friday, President Biden shared that the United States is committed to confronting climate change, guaranteeing that the United States would hit its climate commitments, adding that the US will share its climate progress with the rest of the world. He framed the $369 billion in spending on clean energy from the Inflation Reduction Act passed this year as an initiative that can help other countries, though it was written primarily to boost the U.S. economy as it transitions to cleaner energy. But poor nations pushed back against the large U.S. delegation in attendance, demanding that the world’s richest countries pay more to help.

Biden also named that the US would aggressively regulate methane, a greenhouse gas that scientists say is one of the most powerful contributors to climate change. The Environmental Protection Agency issued a proposed regulation that agency officials said would, by 2035, lower the amount of methane emissions from oil and gas operations by 36 million tons — more than the amount of carbon dioxide emitted from all coal-fired power plants in a single year.

Christian Brooks, from the Office of Public Witness, reflects on her work at COP27 and how faith informs her sense of unified advocacy for the climate.

The Rev. Dr. Neddy Astudillo, GreenFaith Latin America Coordinator, and a member of the Presbyterian Hunger Program‘s Advisory Committee, shared with the World Council of Churches that she believes that COP27 is not the place where most people in Latin America put their hopes for the future unless their local governments already show a strong commitment to climate justice. Grassroots and religious leaders present in Sharm el Sheikh know COP27 is not the place where we influence political processes already happening at this particular COP, but – where we may be able to influence future processes, if we speak up and aim to approach and pressure particular people/decision makers.

She also reminds us that those of us seeking to involve the Church in the struggle for Climate Justice need to connect the dots.

Climate justice is about welcoming those in need of shelter.

Climate justice is the right of future generations to live on a livable planet.

Climate justice is finance and reparations for communities most impacted and least responsible for climate change.

Climate justice is an immediate end to new fossil fuels and deforestation, an equitable phase-out of existing fossil fuel production, and a massive and generous commitment by rich countries to a just energy transition.

We need all hands-on deck working for climate justice!

Read a further reflection from Neddy written for Interfaith Power and Light here. Available in English and Spanish.

Former PC(USA) staff member, Bill Somplatsky Jarman, attended an Ecumenical Prayer Service, sponsored by the World Council of Churches, on Sunday evening. He shares that the service consisted primarily of readings of several Biblical passages about creation and the place and role of humankind within it.  The service was held at the Coptic Heavenly Cathedral, and the attendees were given a private tour of the beautiful sanctuary afterwards. 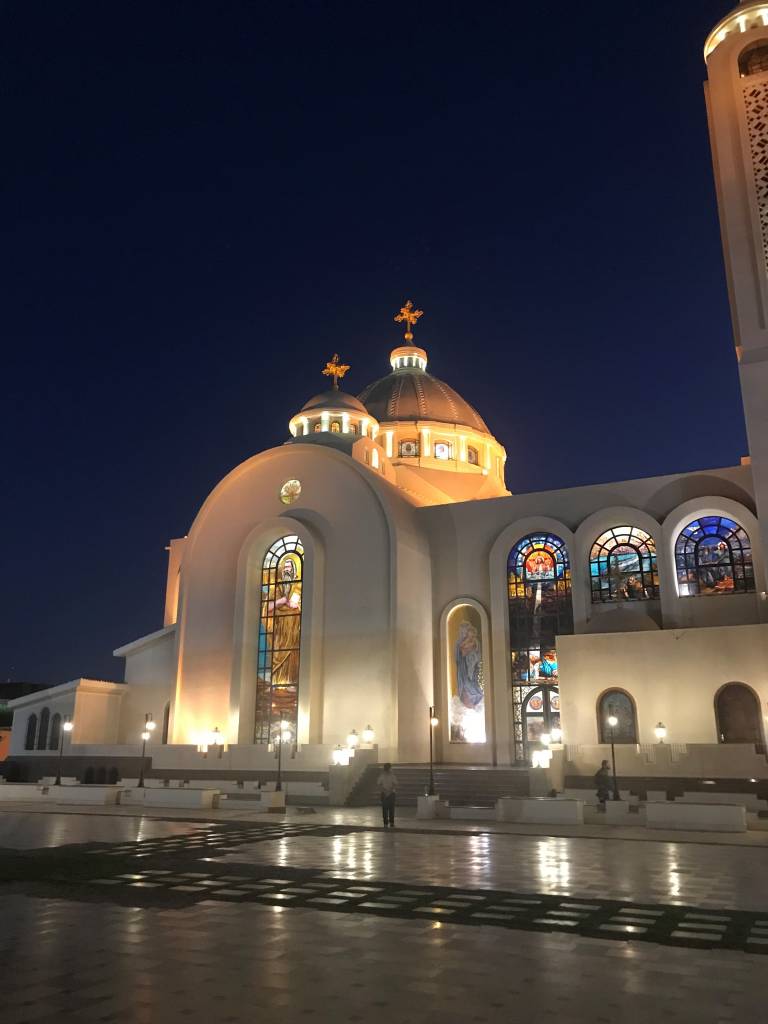 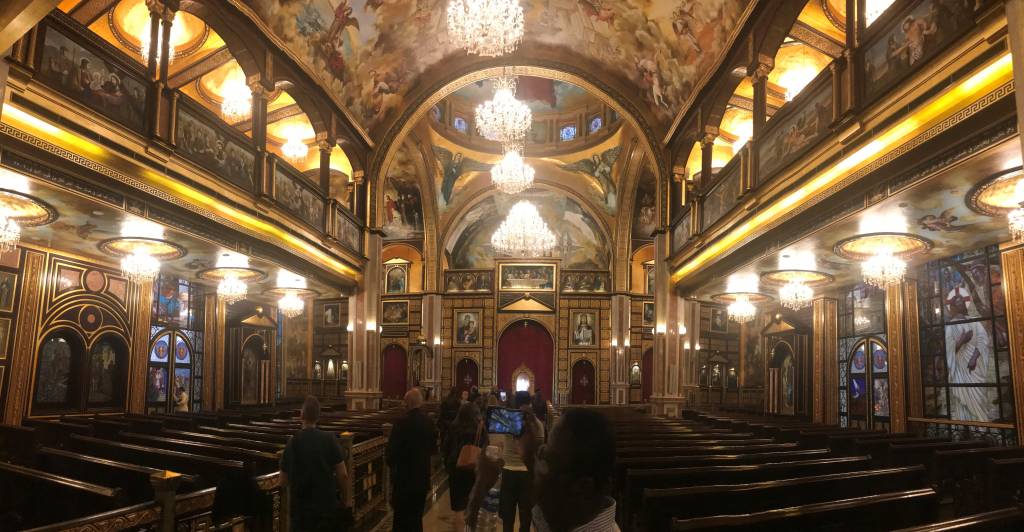