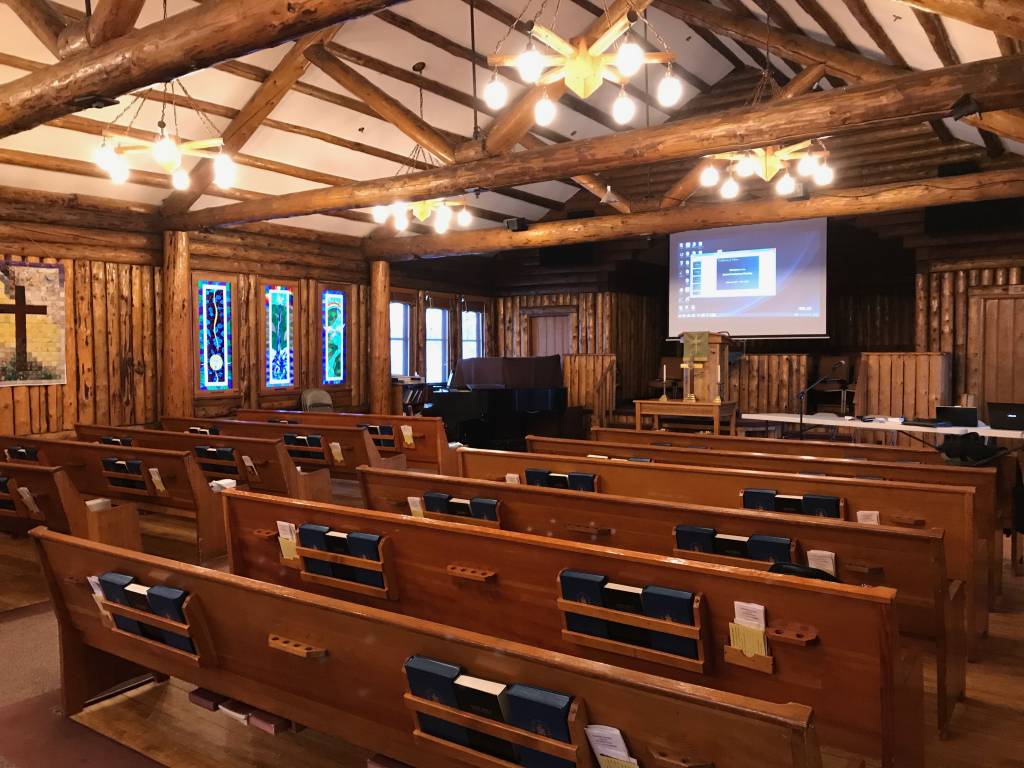 The Presbytery of the Yukon gathered in February 2019 in Palmer, AK at the United Protestant Church (Presbyterian).

I just returned a few weeks ago from a wonderful visit with Presbyterians in Alaska. The Presbytery of Yukon stretches from Anchorage all the way north and encompasses four language groups. We met in Palmer, AK (the potato capital for the state!) and enjoyed the great hospitality of the United Protestant Church (Presbyterian). I was glad to get to know Presbyterians from the town of Gambell on St Lawrence Island, those coming from the North Slope burrow, those from churches in North Pole and Fairbanks, and Presbyterians around Anchorage. This presbytery has four distinct language and culture groups: Inupiat Eskimos are in the north and speak Inupiaq; the Yupik Eskimos are in the west and speak St. Lawrence Island Yupik; in the Interior and South Central are Koreans and English speakers.

This weekend was a great opportunity to learn of the impressive ministry and witness of these Presbyterians as they care for God’s people and all God’s creations. In addition to praising God and caring for one another in community (even with challenges of heating buildings–and even baptismal water—in the cold), these congregations also are doing so much to serve the world around them. Among many other things, they are offering food pantries, hosting ministry for the homeless, lowering their carbon footprint by changing to energy efficient lighting and windows, planning in one case to move from a small garden to possibly hosting a farm, and even working on how road kill (moose) can become additional gleaned protein for the hungry. 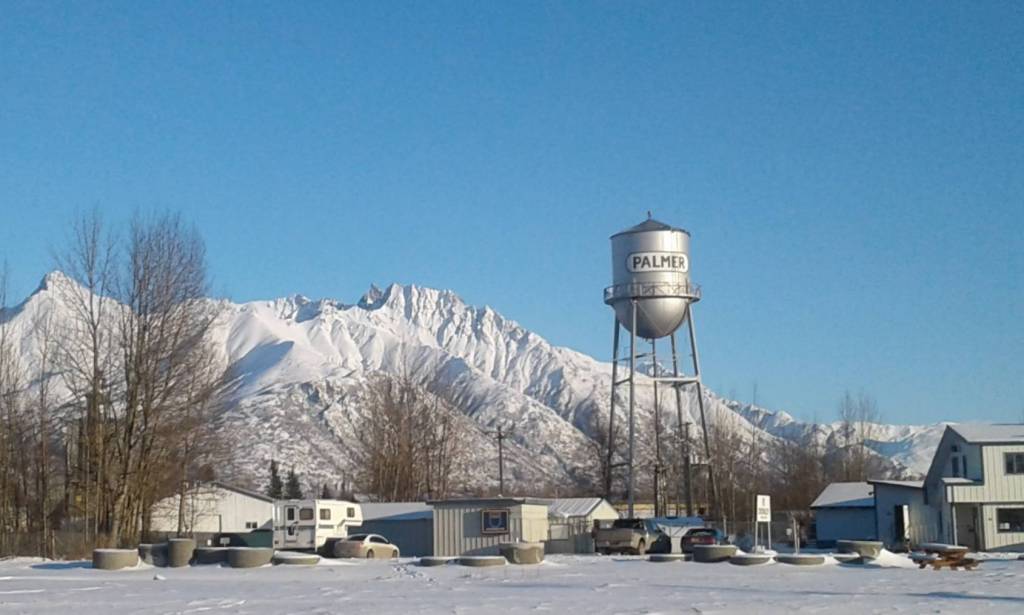 These caring ministries and positive solutions are critical because, like in other places, Presbyterians in Alaska already are feeling the impacts of climate change. North slope Presbyterians who hunt whales explain that ice isn’t forming thickly enough to bear the weight of whales lifted upon it. Those who live on St Lawrence Island are likewise finding their subsistence hunting of walrus much harder because of loss of ice for the walrus to lay on.  Also Murre bird eggs, part of their traditional diet, are harder to find (with one entire season passing without finding any). These and other birds are dying from starvation because of the way their food web has changed as a result of warming ocean waters.

Meanwhile, when a winter storm hit salt water instead of the expected winter ice on St. Lawrence Island (as would be typical before the effects of climate change), the salt water damage to the Island took over a year for residents to recover from. In other places, shorelines have already receded, shrinking village and town borders. Other food and hunger related climate affects include the rising risk to the population of red king crab—a major food source and staple of the state economy—because of ocean acidification, as well as stress on salmon from water temperature changes. 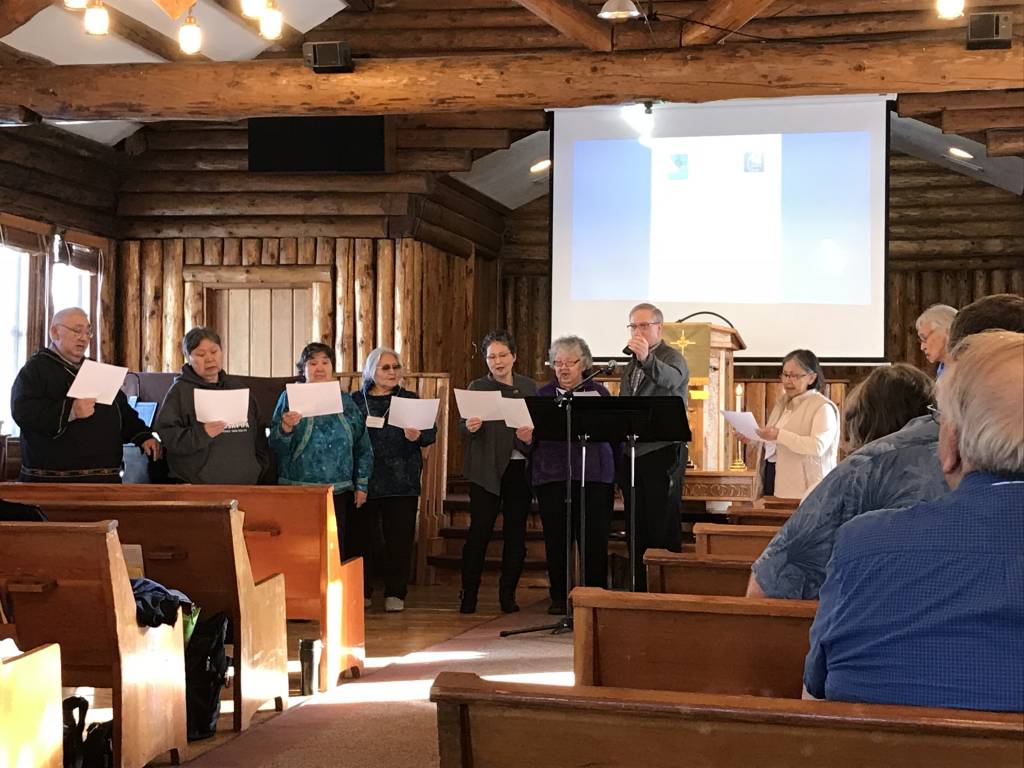 Presbyterians gathering to worship, pray and meet together–and even to facetime with missing members of the presbytery!

In Kentucky we also feel the negative health impacts from pollution, such as childhood asthma from coal ash dust and factory particulate matter, and farming impacts from weather patterns changing. And, we are a state that largely has been built from income from the coal industry, just as Alaska is almost entirely built from the capital of the oil industries. We discussed how these conversations are complicated. We do not demonize these fossil fuel industries even as we now know that we must look for different, positive paths forward for a healthy future.

We can learn from Alaska how to build energy systems that are smaller-scale and more localized because their road and infrastructure systems have always been smaller and localized by necessity. We can learn from the wind they are producing off the coast of Saint Lawrence Island and other places where they are using renewable energy. We can lower our carbon emissions, move away from fossil fuels as our primary energy sources, and explore clean energy like solar and wind. We want to leave a stable, thriving, clean earth for our children and grandchildren.

In a worship service, we explored how the original Hebrew language in Genesis 2 shows the clear link between Adam (the first human) and adamah (the dust of the earth from which God formed Adam), and reminds us to be servants of God’s good creation. Later, a Presbyterian elder from the north slope shared that she looked up Inpuiak translations and shared that in her language there also is this inherent, linguistic connection between human beings and the earth.

The beauty of the snow, sun, mountains, glaciers, and animals in Alaska is breathtaking—just as I find beauty in the Ohio River, the clay soil, and the rolling hills of Kentucky. Human traditions, stories, passions and love for children and grandchildren are beautiful and inspiring in all the places we call home. 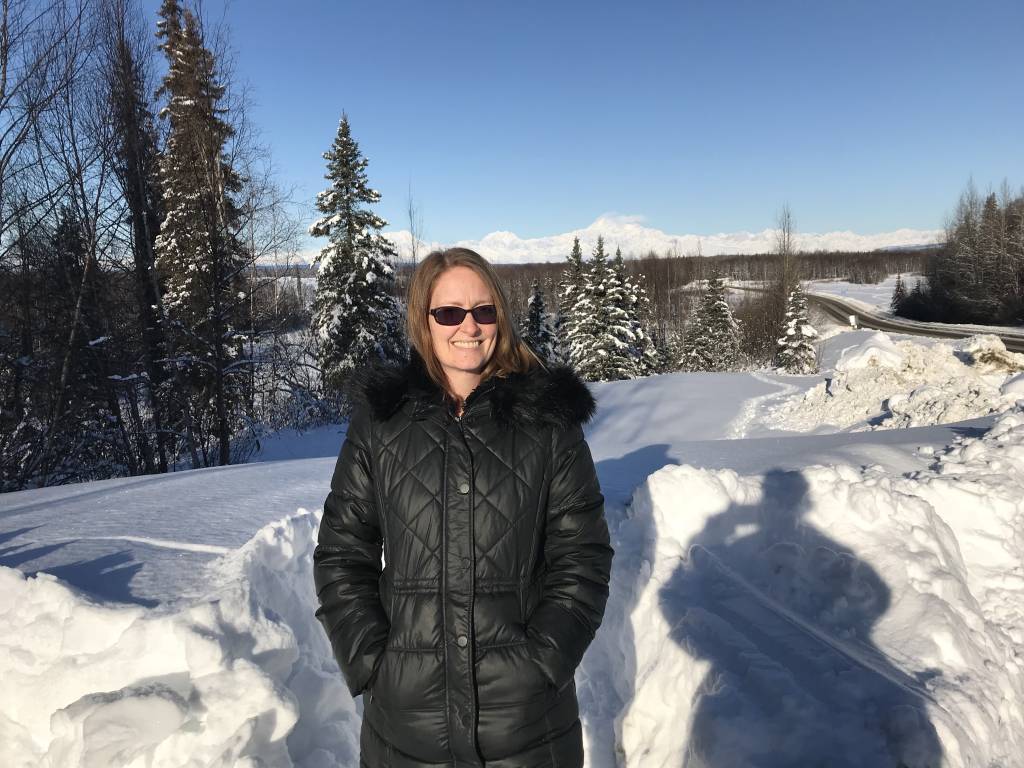 Rebecca Barnes, Coordinator of Presbyterian Hunger Program, enjoying the view of Mt. Denali while visiting the Presbytery of Yukon

The desire to preserve all of these things pervades our living as disciples of Christ. Celebrating that we are called by God to care for this creation that God made and loves, we commit ourselves to continuing to learn, to share, and to act to “serve and preserve” a clean, safe, and healthy future for all.