Make A Donation Click Here >
Home › Uncategorized › Are we really All in the same Boat?  Or are some in Noah’s Ark – and others in the Titanic? 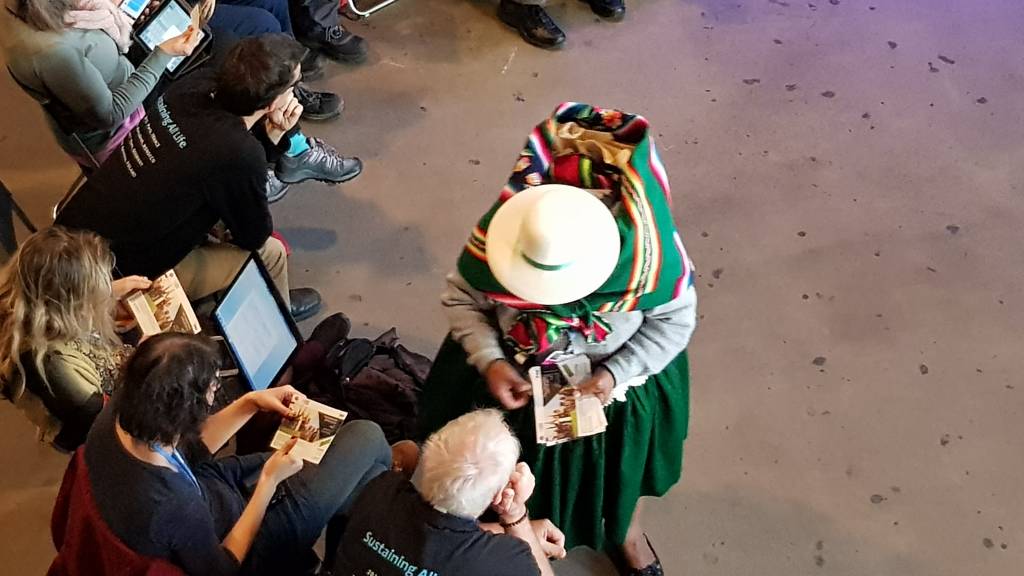 My last meeting tonight, was a debriefing of the negotiations and took place in the German pavilion that I go to every night. They have the best coffee for free and -surprisingly- in this case I’m kind of home sick;)  – but seriously there we get an updated perspective from those NGOs following the negotiations more closely

NGOs had hoped earlier that  warnings of a very recent scientific report of IPCC  (charged with their research task by the UN) could not be ignored and should play a role in the current negotiations. This IPCC report points out that “1.5°C global warming above pre-industrial levels and related global emission pathways” mark a threshold that should not be exceeded, in order not to overstretch our ability to adapt. (The Paris conference COP23 was thinking in terms of +2°C.)

Will they Postpone again?

Like in many global conferences there is quarrel about funding and transparency and many NGOs now become nervous tonight that this “1.5°-IPCC-report” might not get the due consideration in the current negotiations about the Rulebook these days. They fear that any serious consideration may be postponed for months. – But we all know this not the time for  realpolitik, the negotiations need more ambition.– This is the 24th climate conference and the negotiators should really come to terms. We know now that the remaining window is much more time critical. Scientists talk about 12 years for necessary fundamental changes.  – The title of a leaflet I see “Emissions impossible!” seems very appropriate.

In any case but in particular if the process would slows down again, we the communities and each of us needs to become even more pro-active. 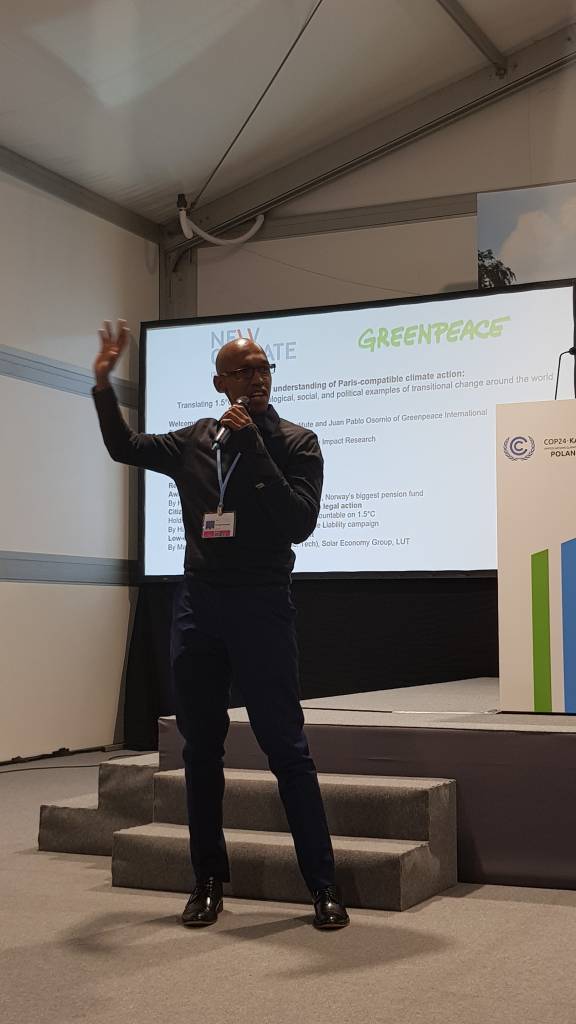 A side event where Happy Khambule, from Greenpeace Climate Justice Liability Campaign, presents

Already this year (where we are at global warming of around 1 °C global warming above pre-industrial levels) extreme whether events displace millions every year and cause loss of life, health risks and damage of assents.

In a presentation from the Potsdam Institute for Climate Impact Research we can see that the number of severe weather events are growing in number and intensity.

UNHCR and IOM representatives as well as experts from Bangladesh and Mali  talk about migration caused by climate change related disasters. Recent reports show that the number of displaced persons related to disasters has increased by 18.8 million new internal displacements.

Take for example the country of Bangladesh. It is only a few yards above sea level (in today’s terms). The professor from Bangladesh at the panel points out that his country responds to the raising sea level  by building high dikes, so flooding becomes less likely. However, inwards migrating salt water pollutes the fresh water sources pollutes. Which in a densely populated country causes millions to leave, when food and drinking water cannot be provided. He says you can call them “economical migrants,” but it’s the basis of their existence that gets lost caused by climate change.

The representative  from  an effected region Mali talks about the drought. Again lack of food and water. People have to move to another region and will compete with others. We have a high risk of distribution conflicts and in some cases battles.

So much for root causes of migration. Some love to talk about “pull factors” and open borders as “root causes” and ignore the real root causes, which to a big degree are climate change related and thus caused  by our standards of producing and consumption in our highly industrialized countries (fossil fuel energy and transport, waste of resources, industrial agriculture).

Listen to “Seismographs” and Become Radically Realistic and Pro-Active!

Large insurance companies are “seismographs” of all these strong motions. I heard a report of a Norwegian pension funds manager who came to the Greenpeace panel about positive changes (pointing out that they not a green fund), but is taking the new risks into account and  changes the portfolio by divesting from fossil fuels.

Greenpeace looked in this forum with looked into positive options. Be proactive start now, don’t wait any longer so the events don’t overwhelm you as they do when you wait.

You will find a good summary of the “Radical Realism for Climate Justice” needed is in a series of essays from the Heinrich Boell Foundation in Berlin/Germany.

But on the other hand  I need to talk about kind of manipulation that always seems to work. The pattern is: If technology fails ask for more technology to fix it. (remember the argument “we need agribusiness with genetically manipulated seeds and roundup chemicals – because so many people are starving”).  In our  case here, those who talked us into the fossil fuel hunger won’t say we should give up on greed, no, they present technological solutions:

Let me stop here. It’s late and I will write more tomorrow.