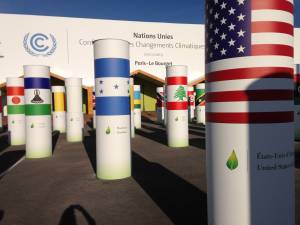 Country flags outside the climate talks in Paris, December 2015

Presbyterians are engaged in their personal and congregational lives to care for God’s creation. They also engage in local, state, national and even international public policy advocacy. They ask for strong climate and energy policies–including the United Nations’ climate talks, such as those that resulted in the Paris Agreement. It matters to Presbyterians that public officials demonstrate responsible, moral leadership in our time. Also, it matters that we use the power and voice we have as American citizens to create a better world for future generations.

PC(USA) has decades of policy on climate and environmental justice, worship and theological resources, action steps for individuals and congregations, and more. Learn more on the climate change page of this blog.

Reactions to President Trump withdrawing the US from the Paris Agreement

In response to last week’s news that President Trump is pulling the United States out of the international Paris Agreement on climate change, committed to in December 2015 and signed in April 2016, Presbyterians filled social media and other news with their disappointment, disapproval, and vows to continue fighting for climate justice and a healthy future.

The Presbyterian Church (USA) Stated Clerk, J. Herbert Nelson II, said, “The president’s statement was a disappointment and represents a setback to our work as well as the work of other interfaith and ecumenical groups on the issue of the environment. But we will not be deterred. We will continue to work toward an environmentally safe world, creating jobs in a new economy based on clean air and based on building an environmentally safe nation.”

Coordinator of the Presbyterian Hunger Program, Rebecca Barnes, wrote, “When I attended the United Nations climate talks that resulted in the Paris Agreement, I was very impressed by the cooperation, hard deliberations, honest conversations, and hard-fought agreements that the world’s nations came to. Being there in person was impressive—to see businesses and corporations, governments and citizens, come together in common cause for all of our well-being. It was not an easy task and the final product was not perfect, but it was historic and important. Today, it remains so. This global climate change agreement is necessary for our future survival. I don’t know how we can say we care for God’s creation, and all who live in it, if we do not work in partnership with others to ensure its future viability.” 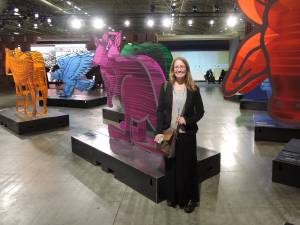 Rev. Rebecca Barnes at an art installation in one of the hallways at COP 20 (Paris, France).

Presbyterian News Services published an article on interfaith leaders’ perspectives on President Trump’s action to pull the US out of the international agreement.

Also representing the PC(USA) in observing the UN COP 21, which resulted in the Paris Agreement, was Gary Payton. He posted on facebook about June 1st’s announcement, “A supreme moment of my professional life were the days as an official observer at the UN Conference of the Parties (COP21) which produced the historic Paris Agreement. I wept as I watched the final plenary session on Dec 12, 2015 when the agreement was gaveled into reality. Today, I clenched my teeth in remorse and controlled rage at the arrogance and human insensitivity emanating from the Rose Garden. So, we all now dig even deeper…we find new ways to resist, new ways to engage with local and national organizations which shape our climate future, and we never forget that those most affected are Pacific Islanders, Native Alaskans, families in Southern Africa and Bangladesh, and more…not we privileged Americans. As Pope Francis has told us, we are called to act on “the cry of the earth and the cry of the poor.” Let us move forward with resolve as never before.” 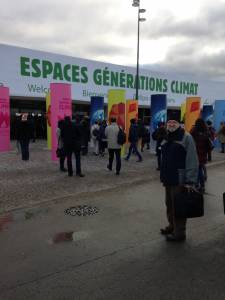 Gary Payton standing in front of the civil society space in Paris 2015 at the United Nations COP 21.

To read more reflection on the Paris Agreement and the COP 21 from Rebecca Barnes and Gary Payton as well as from Bill Somplatsky-Jarman and Carol Somplatsky-Jarman, go to https://www.presbyterianmission.org/eco-journey/tag/cop-21/. Bill Somplatsky-Jarman attended every COP hosted by the United Nations Framework Convention on Climate Change except for one, and also was in attendance at the original Earth Summit in Rio de Janeiro in 1990. 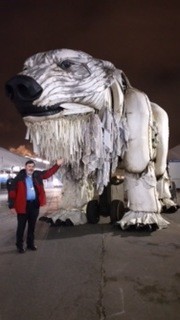 Rev. William Somplatsky-Jarman, long-time PCUSA staff member who attended all but one UNFCCC COP, pointing to a reason we work to care for God’s creation! (Paris, France, December 2015)

To read reflections from Bee and Oona Moorhead, observers at last year’s COP 22 in Marrakech, go to https://www.presbyterianmission.org/eco-journey/tag/cop-22/. 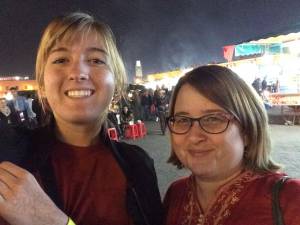 Bee and Oona Moorhead at Jemaa el-Fnaa in Marrakech

To read a Presbyterian statement on climate change after the COP 20 in Lima, Peru, go to: https://www.presbyterianmission.org/eco-journey/2015/02/17/lima-statement/. 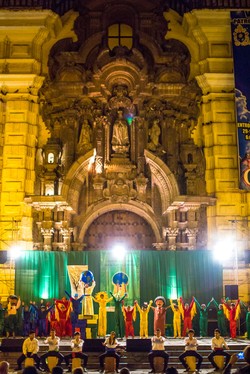